It’s a ME! Missere Meow.

I’ve already finished translating Chapter 17 of Kitsune-sama but you guys have to wait for Kuma Otou-san to post the earlier chaps Muahahahahahahahahahaha.

By the way Seems like me and 2 other TLers are gonna start a project sometime later but don’t expect much since it’s an 18+ WN.

If you guys haven’t noticed that on the right side of this site, I have an update area there where I list the current state of muh Translations.

Damn, there’s numbers on this chapter…just tell me if my calculation is wrong since I HATE MATH!

Well here it is.

――My body is made out of Breast milk.(TLN: If you didn’t get the reference then look below) 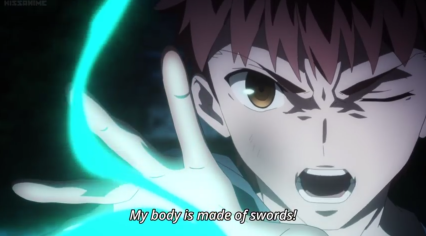 「Ah……Da-Darling, look! Hiroto learned how to grab on and stand!」
「Uwoooh……this fellow is incredible! Hiroto, are you able to go here? Or is it too fast for you yet!?」

The development of me who grew up rapidly thanks to everyone’s favor, I was able to get the knack of hanging on and standing in about five months.

When saying about the bad balance of a baby’s body, the head is heavy and I become dizzy. But if I don’t get accustomed to standing then it won’t be possible for me to walk…….

「……Manma」
「Wahaha……Is that so, he’s hungry and that’s why he tried to go to his mother」
「Okay okay……However Hiroto, Though I’ll give you only 3 times a day, are you really alright. With the children from the other houses, for one day they would drink about 10 times though……」
「He might be eating other things stealthily? Is what I would say, but that might be impossible since he doesn’t have any teeth yet. Did his stomach become a thing where it would be full with just 3 times?」

In receiving the breast milk of Remillia mama, I felt sorry for a moment.
Five months at present from my birth, in the daily life that I’m spending now, a lot of other breast milk have filled me without mother’s knowledge of it.

I as of now, how many skills have I collected――how many breast milk have I received. Even if one thinks of the frequency of suckling increases rapidly because it becomes more difficult to raise the skill by 1, it becomes too much when calculated roughly.

END_OF_DOCUMENT_TOKEN_TO_BE_REPLACED

Late chapter cuz I was playing Tales of Zestiria. Edna is LOVE. Though I’m no lolicon.

We went out of the basement and returned to the living room. It’s slowly night time already and it’s time for sleeping.

「Then I’ll be taking Hiroto now.You’re unskilled in putting him to sleep right.」
「That’s true.Since I seem to scare him a little,he seems to be strained in a way……」

Fillianess started to pass me to father.at that point I would remain in my condition if I let things happen as it is, a strong urge that says that it’s not good to let the situation go as it is drove me.

（……this is not good. As it is right now, the only way of showing what I’m thinking while not saying anything is……!）

I hardly ever looked at her eyes up to now and I just waited for my charm skill to be invoked.I’m only swinging from joy to sorrow just by looking at the log, as I hoped only to strengthen more――but, it’s different now.

（Since it’s possible with other people……「Charm」 isn’t the only useful skill that the Negotiation skill has……!）

I who was still at the arm of Fillianess, have invoked the skill 「Choices」. With the sense of losing mana, the dialog was displayed.

END_OF_DOCUMENT_TOKEN_TO_BE_REPLACED

So Humans, this is yar beloved Fairy Missere Meow here

I’m working with Kuma otou with his project since I soooooooo love Kitsune-sama and his adventures so I’ve decided to pick this up too.

I’ll be alternating my translating to these two projects so just enjoy it since I’m the one doing the work (The catch phrase of this site.)

I’d advise everyone to read the earlier chapters though.

For the earlier chapters, go to Yorai-kun and Kuma Otou’s sites

I Kinda Came to Another World, but Where’s the Way Home chapter 14: Start line

END_OF_DOCUMENT_TOKEN_TO_BE_REPLACED

After going up from the bathtub, I was placed inside the cradle in the living room while Remillia mama rocked the cradle gently.

◆Log◆
・《Remillia》has sung the 「Babysitting song」！ You’ve became drowsy.
・You felt that your eyelids have become heavy.
（N-, not good……I’m getting sleepy……）

「Sleep a lot, and grow up faster alright, Hiroto. That would be a mother’s best happiness」
「……Uh, uu」
「Fufu, It seems like you can understand what I’m saying a little bit huh.」

I’m giving it my all to look at Remillia mama’s face through this time, and at last, I could now see her face so that she won’t get lonely.
However, my pure mind is getting embarrassed……well she’s still 18 years of age, which is my Mother. Her hair which was always tied up is now unfastened, which now gives her a little bit of a mature look. Though her looks is that of a westerner, she isn’t too much chiseled either, but a beautiful woman with a soft impression. Her eyes are big, while her eyelashes are surprisingly long.
Now when I look with these eyes of mine compared to that time when I was given birth, a lot of information being given to me has increased. Since this isn’t an effect from the skill raising, I now know that I’m growing up.

（……Something is changing whenever I’m sleeping or waking up. Is that what it means to be a baby……?）

I couldn’t think any longer, so I dreamily shut my eyes. Remillia mama smiled, as she patted my head.

・《Ricardo》 opened the door.
・ Your drowsiness has been lessened.
「I’m back, Remillia, Hiroto. Oh, were you putting him to sleep? Sorry, for being so loud and all.」

Because of the noise father made when coming back, I ended up not falling asleep. Though I’m still feeling sleepy, I can’t let myself to fall asleep today.

（Fillianess was gone when I woke up……is what I would say, you’re too late. That was dangerous）

I moved inside the cradle which is like squirming. And when I reached out my hands, Remillia-san with a wry smile, clasped my small hands.

「You too darling, you’d be sad if you come home and see Hiroto sleeping. This child of ours seems to understand too.」
「Da, da」
「Hahaha, you’re right. Hiroto boy is so great huh, waiting for Papa to come back huh.」

Before the large and rough hands touch me, Remillia-san passed a towel to Ricardo-san, and he wiped his hands with it. Though it seems like he didn’t do some hunting today, there might be occasions that some animal or monster’s blood would be attached to his hands. Since my resistance power is still weak, these two are careful in touching me.

END_OF_DOCUMENT_TOKEN_TO_BE_REPLACED

It seems like my schedule has been wrecked array for this semester.
Which means The revival of the [Sucking Meister Baby] translation is at hand.
Will probably update this week.